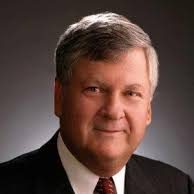 For more than 20 years, David L. Bernd served as the Chief Executive Officer of Sentara Healthcare, a $5.2 billion integrated health system headquartered in Norfolk, Va., comprised of 12 acute-care hospitals, with health plans covering 450,000 lives, 950+ provider medical groups and medical staffs of approximately 3,700 physicians. Under his leadership, Sentara developed a national reputation for safety, quality, and innovation, and Sentara facilities and programs have been recognized in the America’s Best Hospitals rankings by U.S. News & World Report for the past 15 years. Mr. Bernd lead the organization into a new era of health care, caring for defined populations and transforming the way health care is provided.  Mr. Bernd was recognized for his commitment to information technology with the 2010 CEO IT Achievement Award by Modern Healthcare.

Mr. Bernd was named by the U.S. Secretary of Commerce to serve as a member of the Measuring Innovation in the 21st Century Economy Advisory Committee of the Department of Commerce in 2006- 2007. He was Chair of the VHHA Board of Directors from November 1994-October 1995, and in 2004, Mr. Bernd served as chairman of the American Hospital Association Board of Trustees, making him the top elected official of the largest hospital and health system association in the United States.

In addition, Mr. Bernd serves on the Board of Visitors at Old Dominion University and served as Rector from 2010 – 2012. He has served on the VHA, Inc. Board of Directors, and in October 2014, Mr. Bernd was appointed by the Secretary of the Army as a Civilian Aide to the Secretary of the Army. He is past Chairman of the United Way of South Hampton Roads Board of Directors and the Metropolitan Board of YMCA of South Hampton Roads.